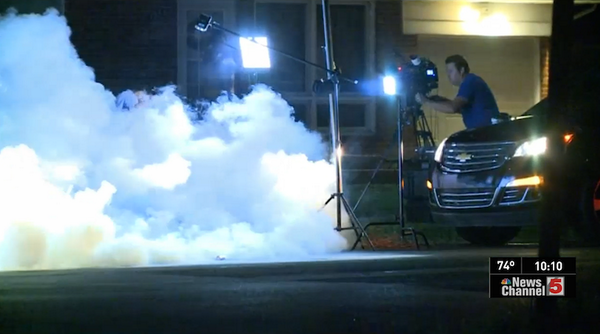 Anti-police protests continue in Ferguson, Missouri, following the shooting of an unarmed teenager after an altercation there. Police have chosen to respond to public anger over this shooting (as well as opportunistic rioting and looting) not with deescalation of a tense situation but by pointing a lot of guns at citizens and using their monopoly on force to disperse protesters. They’ve used tear gas, rubber bullets, sound control and flash-bang grenades. They’ve hidden the identity of the policeman who killed the teenager. Media have been arrested and told to turn off their cameras. A local alderman was arrested for being out and about.

The situation in Ferguson is not great, Bob. And so I found one reaction among liberal journalists to be particularly curious. Let’s look at a few tweets:
Huffington Post politics and immigration reporter Elise Foley also was disdainful toward gun rights, noting that Twitter users actually seemed to think gun rights a good thing, “sadly.”

Official news release from #Ferguson PD since death of #MikeBrow