ACLU of Missouri ‏: SUCCESS: We have agreement for public to record police.

ACLU of Missouri ‏: SUCCESS: We have agreement for public to record police. 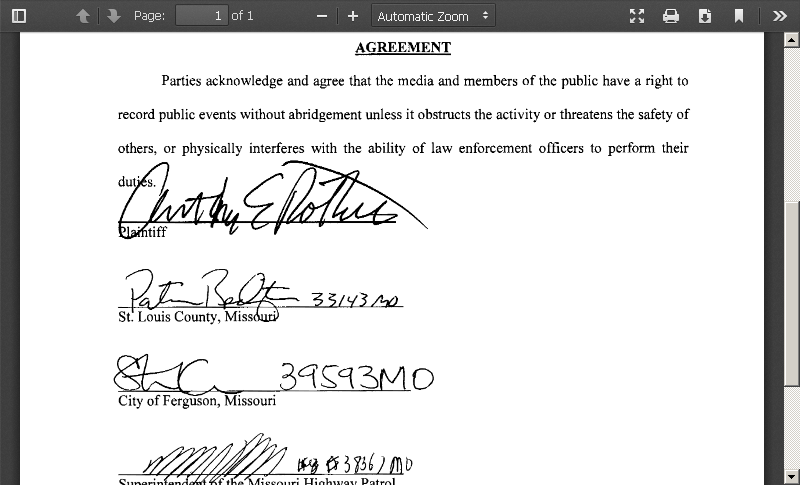 
“The role of both the media and the ACLU is to make sure that the rule of law is being followed,” explains Tony Rothert, legal director of the ACLU of Missouri. “It will be easier to do that in Ferguson, now that all parties agree the media, and the public at large, have the right to record police interactions.”
Posted by Unknown at 5:13 PM