"After viewing brown and reviewing this video, I was able to confirm that Brown is the primary suspect in this incident," the police report about the convenience store robbery stated. 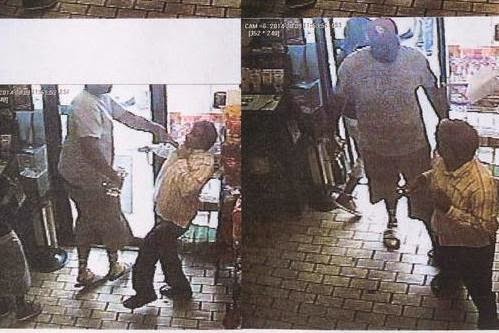 
UPI) -- Ferguson police released information on shooting of Michael Brown that connected the teen to a "strong-arm" robbery at a convenience store just moments before he was killed.
Copies of an incident report handed out by police name Brown, 18, as the primary suspect in the alleged robbery a few minutes before noon Saturday and include stills from the store security footage showing a person matching Brown's description allegedly attacking the convenience store clerk.
The report said the clerk pointed in the direction Brown and Johnson had gone, and when the officers pursuing Brown found him, determined he matched the description from the convenience store robbery.
"After viewing Brown and reviewing this video, I was able to confirm that Brown is the primary suspect in this incident," the report says.
Eyewitness video showing Brown's body in the street after he was killed, show him wearing long khaki shorts, a white t-shirt, yellow socks, flip-flops and a red hat, all visible in the store surveillance video.