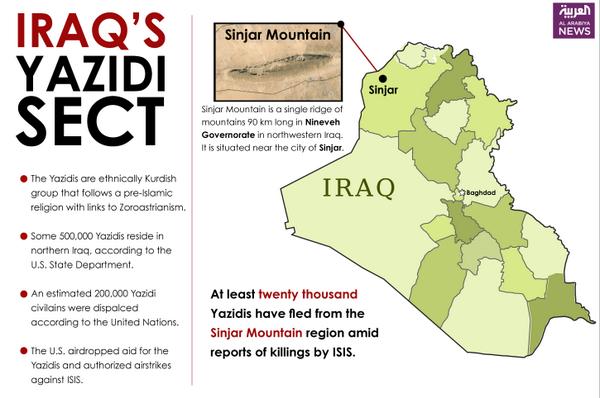 Some 80 members of Iraq's Yazidi minority have been massacred by Islamic State militants in a village in Iraq's north, Kurdish officials said.

“They arrived in vehicles and they started their killing this afternoon,” senior Kurdish official Hoshiyar Zebari told Reuters. “We believe it's because of their creed: convert or be killed.”

In addition to the murders, local women were kidnapped from the village, another Kurdish official source told Reuters. A local Yazidi lawmaker confirmed the information.

According to BasNews, a Kurdish website, it was the Yazidi minority village of Kojo some 20 km south of Sinjar that came under attack by the Islamic State (former ISIS) radicals.

BasNews reports that around 80 men – the village’s whole male population – was slaughtered, while all the women were kidnapped.
The killings in the village lasted for about an hour, according to eyewitness reports