REPORT: the Missouri Citizen’s Militia is NOW IN Ferguson to protect innocent Americans from the tyrannical ‘police state’ 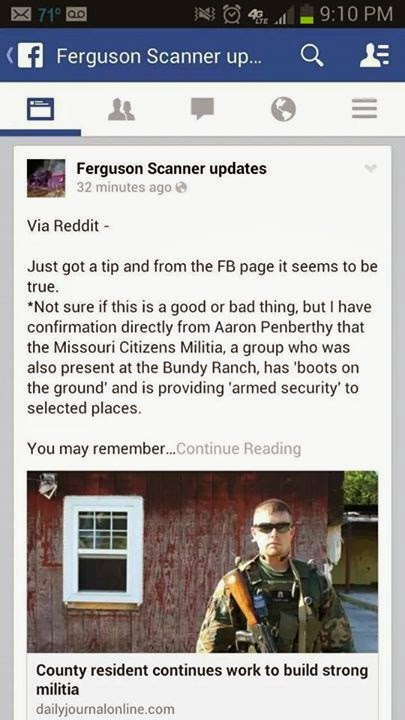 
Aaron Penberthy If peaceful protesters get fired upon, it is my duty to uphold the constitution Clay Martin. If innocent families are being attacked, I have no choice but as a human being to go defend.


>Live Feed for riot and protest in Ferguson

Riots in Ferguson, Missouri make news, but not the peaceful public mass meeting

Send In the Clowns ! Sharpton Heads To Ferguson MO