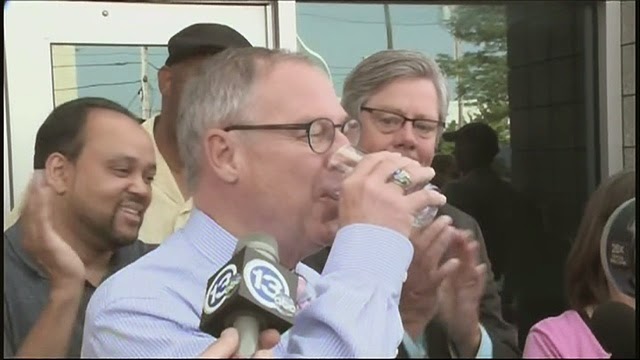 Two months before an algae-related toxin caused Toledo officials to impose a drinking-water ban, top city officials, including Mayor D. Michael Collins, were warned by a top state official that lagging plant repairs threatened the plant’s safe operation, according to documents obtained by The Blade.

Butler wrote that the city remained in regulatory violation by having failed to correct problems with the plant’s sedimentation vent and alum system, which were cited for “significant deficiencies” in a Feb. 6 notice. http://www.dispatch.com/content/stories/local/2014/08/08/toledo-got-harsh-warning-before-water-crisis.html
Posted by Unknown at 5:17 PM