The List of Senators Who Voted for S1867: Internment, Detainment and the Death of Posse Comitatus

Senate Bill 1867 turns the homeland, our United States, into a war zone. In doing so, it enables the federal government to stomp all over our Constitutional rights. The National Defense Authorization Act rids the US from posse comitatus, which is federal troops aren't allowed to patrol American cities and it robs American citizens from due process rights if the government suspects they are involved in terrorism. In case you forget, there have been a number of reports, including Missouri's MIAC report, that gives a broad definition of terrorist to even include Ron Paul for President supporters. 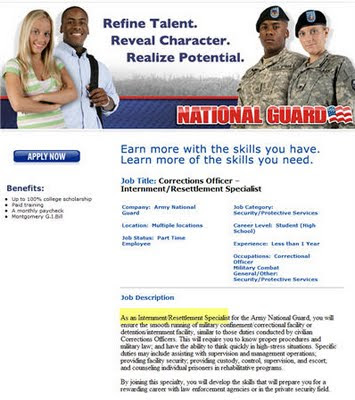 This has been shaping up for a number of years. First you had HR645 that created the camps. You had the reports I mentions. Even in August 2009, the National Guard began advertising on Monster.com for internment camp specialists. It's obvious there is a step by step plan by the government to get rid of those who get in the way of their quest to kill individual liberties and it's all being done in the name of national security.

Remember Benjamin Franklin said those who give up liberty for security deserve neither.

So how long will it be before we see legislation reprogramming American citizens? When will the Army National Guard begin hiring shrinks to do that?

Here is the list of Senators who just tread all over your Constitutional rights earlier this week. Some of the names on the list will surprise you.