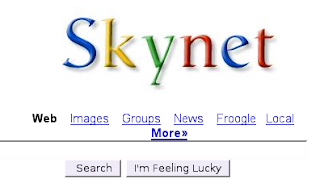 
Google’s latest innovation is not computerized eyeglasses or self-driving cars. Its major selling points are the more old-fashioned pleasures of sand, sun and schmoozing.

Google is sponsoring an elite conference this week at a golf resort in Sicily, with a guest list of chief executives, investors and celebrities, all of whom were invited to bring their families. On the agenda are high-minded discussions of global issues — along with relaxation by the Mediterranean Sea.

Call it the Davos of the summer.

Like the World Economic Forum in Davos, Switzerland — a rarefied annual gathering at a snowy ski resort — the Google conference projects an aura of exclusivity. Its existence has not previously been disclosed. It is called, simply, the Camp.

A spokesman for Google declined to comment, and Google is not publicizing anything about it online.

Among the attendees is Lloyd C. Blankfein, the chief executive of Goldman Sachs, who is speaking on a panel about the future of Europe. Also on the list is Anshu Jain, a co-chief executive of Deutsche Bank, and Ana Patricia Botín, the head of the British business of the Spanish banking giant Santander.

This being Google, the list of invitees also features a number of tech luminaries.

Others on the guest list include Brian L. Roberts, the chief executive of Comcast, and the fashion designer Tory Burch. One guest spotted the actress Eva Longoria.

The conference is taking place at the luxurious Verdura Golf & Spa Resort, which opened in 2010. Located on Sicily’s southwestern coast, the resort has six clay tennis courts, three golf courses and a spa.

nytimes.com/
Posted by Unknown at 7:06 AM